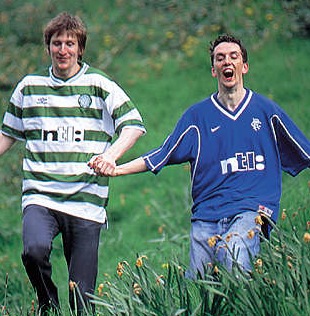 “Bolton Wanderers submitted a discussion paper detailing ideas concerning the restructuring of the Premier League into two tiers with the inclusion of Celtic and Rangers.

“The clubs welcomed the additional input into an ongoing process, however, they were of the opinion that bringing Celtic and Rangers into any form of Premier League set-up was not desirable or viable.”

Quite right too. Always a non-starter in my book. However, Gartside’s Bolton can go join the SPL if they want. I wouldn’t miss ’em much.

And you hear that, Old Firm: you’re officially “not desirable”! Sprinkle some of that on your deep-fried Mars Bars. Joking, of course – you’re my guys.