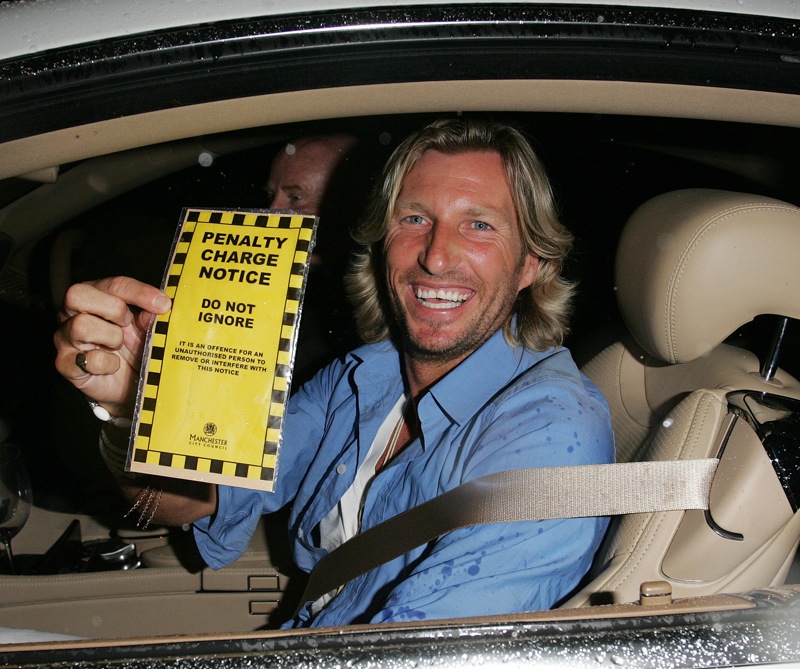 Robbie Savage lived up to the dumb blond stereotype yesterday when he turned up at East Midlands airport to fly to Amsterdam with Derby County, for a friendly against Den Haag.

But when he checked in and was asked to produce his passport, he pulled out… drum roll… his wife‘s passport.

The Derby skipper told The Sun: “I offered to shave my beard and put on some make-up and then I’d have looked like my missus! What worries me slightly is that when I suggested it, some said I might get away with it!”

Robbie had to hot-foot it back to his Cheshire pad and caught a later flight from Manchester instead.

For the record, Savage came on at half-time but couldn’t stop Derby from slipping to a 1-0 defeat. (Match report at Derby’s official website)