For reasons unbeknownst or cared about by anyone other than himself, Piers Morgan has continued in his po-faced attempts to rile Gary Lineker using his entirely flaccid ‘thorn in the side of celebrity culture’ Twitter mumblings and found himself, once again, subtly yet completely and utterly owned by MoTD’s velvety host… 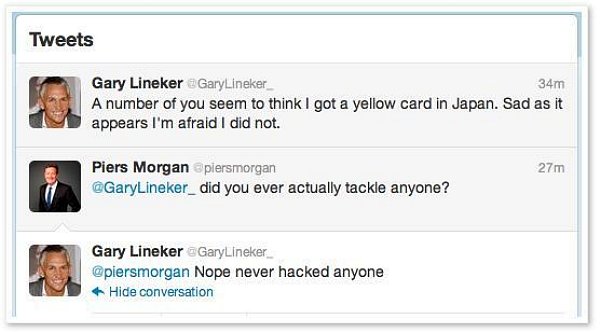 How did an upstaged Morgan take it? With dignity, decorum and an acknowledgement that the better man won? Did he arse.

Instead, the ruddy-cheeked moron took to braying about his bete noire‘s sizeable ears and insulting people that were giving him the old ‘you just got reamed’ treatment for spelling Lineker’s name wrong, calling them ‘dim-witted pond life’ among other things.