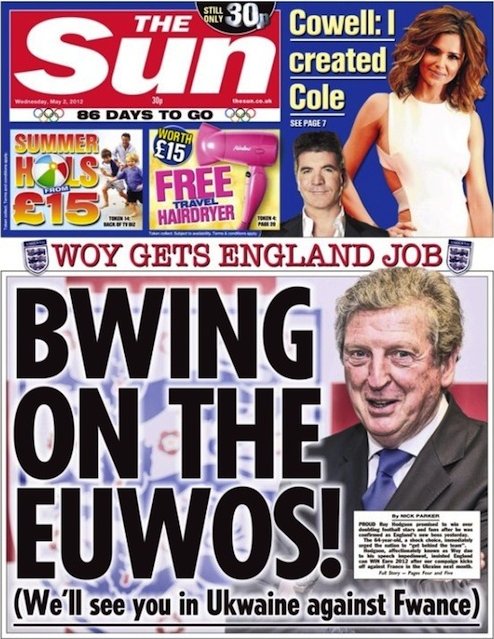 The humour’s a little subtle, so we’ll explain: Basically, Roy Hodgson has a speech impediment and can’t really pronounce his R’s. The Sun, therefore, have substituted W’s in in their place. Ukraine = Ukwaine, etc, etc.

I’ll freely hold my hands up and admit to having referred to Hodgson as ‘Woy’ before (never maliciously), but it’s pretty insensitive and something I knocked on the head years ago. It’s certainly not something I’d stick on the front page of my national newspaper.

To quote Pies’ pal, football scribe Matthew Stanger (@MatthewStanger) on Twitter: “I’d rather have a speech impediment in five languages than be a bunch of pricks in one.”