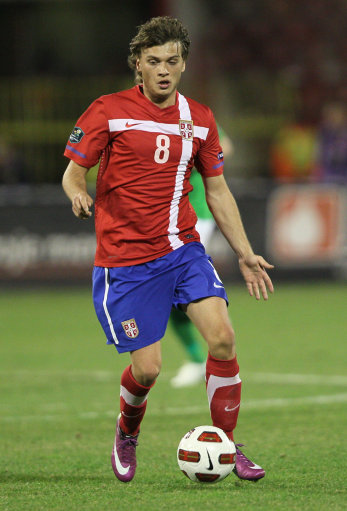 Linked with a move to Arsenal in recent weeks, Fiorentina’s Serbian midfielder Adem Llajic has felt the wrath of national team boss Sinisa Mihajlovic after being caught out not singing the national anthem before his side’s friendly fixture with Spain on Saturday.

Former Inter Milan and Roma star Mihajlovic is a renowned Serbian nationalist with rather questionable politics, and it seems that Ljajic’s failure to sing the national anthem pushed the Serb boss over the edge. A statement from the Sebia Football Federation said:

“Coach Mihajlovic yesterday held a meeting with Ljajic. After hearing Ljajic did not sing the anthem due to personal reasons and that that stance would not change, Sinisa Mihajlovic told the player to return home.

“The door has not been closed forever on the national team but he needs to change his attitude and officially notify Mihajlovic that he has done so. Then when his form merits it, he can return.”

20-year-old Ljajic has endured a rather crappy few months, with this latest dismissal from the national team coming not long after he was attacked by his own Fiorentina boss, Delio Rossi, during a match.

But surely singing the national anthem should be a personal choice, anyway?