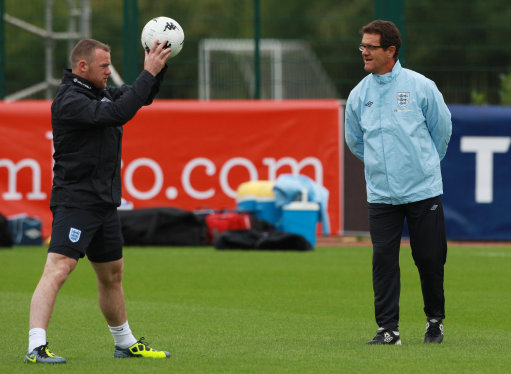 “Hey Wayne. You look like luncheon meat being forced through a sieve, ZING-A-LING!”

Comedy icon Fabio Capello has bought Wayne Rooney’s world crashing down around his ears this morning with the kind of one-liner that can reduce a man to his component parts in a heartbeat.

Speaking to The Sun, Capello donned a small fez, tilted it jauntily to one side and then set about summing up Rooney’s shin bumbling run-out at Euro 2012 in one withering rip-snorter:

“After seeing the latest game, I think Rooney only understands Scottish. That’s because he only plays well in Manchester, where Sir Alex Ferguson speaks Scottish.”