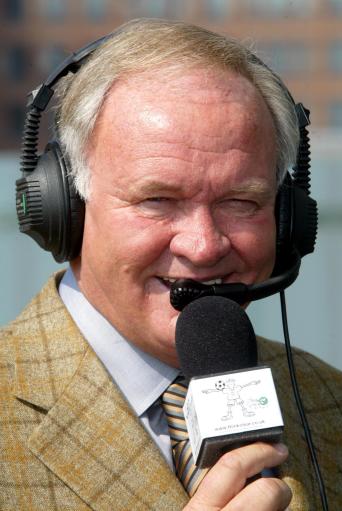 Bo Hansson, a veteran Swedish sports commentator broke the cardinal rule of the casually racist broadcaster – he forget to check if the microphone was still on when he decided to go all Big Ron on us.

Referring to some of the players on show during AIK’s clash with Gefle, Hansson was heard muttering the word ‘darkies’ by eagle-eared listeners to the Sveriges Radio programme.

Hansson was promptly, and correctly, given the sack by the radio station soon after, with the head of sport on the channel, saying:

“Such comments can and should never be allowed in our broadcasts. It is deeply regrettable.”

“Bo Hansson is no longer allowed into the press box this season, what he has done is contrary to our values – we have zero tolerance for racism.”

While Hansson himself seems to think that his only crime was getting caught. He muttered:

“I was talking to myself in my corner. It was never intended to be broadcast. I had no idea.”

Talking to himself in a corner AND racist? Sounds like quite a guy.