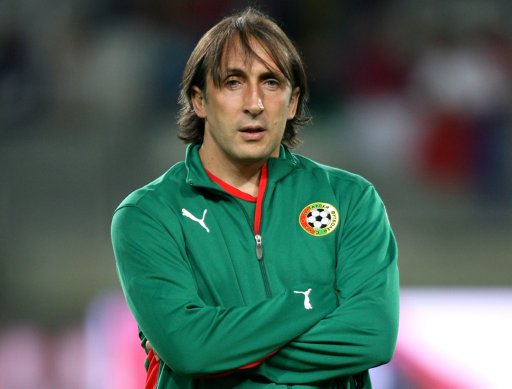 You may be familiar with the managerial merry-go-round, but there is a club over in the Bulgarian top flight who appear to be piloting a scheme somewhere closer to a managerial NASA centrifuge.

FC Etar 1924 (or ‘FC Etar 1924 Veliko Tarnovo’ to give them their full name) first hired Tsanko Tsvetanov as head coach halfway through last season, though saw fit to relieve him of his duties in August of this year, despite him having just secured promotion to the Bulgarian A league after 14 years in the lower-league wilderness.

Tsvetanov, 42, was then reinstated after fans protested his dismissal, only for him to be sacked again in September after Etar lost to newly promoted Pirin Gotse Delcheva. Again, the fans protested and Tsvetanov was re-hired once again.

Unsurprisingly, the relationship between Tsvetanov and Etar’s Turkish owner Feyzi Ilhanli is now a touch on the ‘sour’ side, with Ilhanli using a club statement to confirm that Tsvetanov’s latest sacking was due to “a series of statements against [Ilhanli] and actions that undermine the prestige of the club”.

Last month, Ilhanli also accused Tsvetanov of being involved in match-fixing scam, while Bulgaria’s chief prosecutor has opened an investigation into suspicious activity during Etar games.

Tsvetanov has denied the allegations.