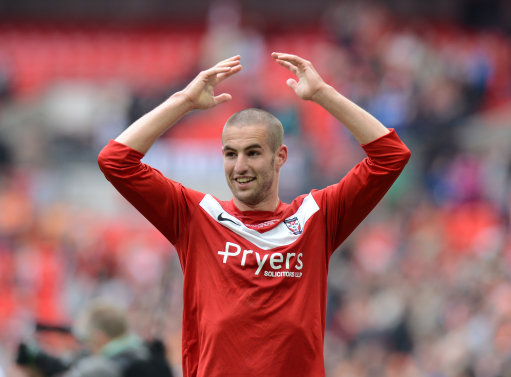 York City midfielder Matty Blair has become the first footballer in the history of everything that’s ever existed on every plane of existence to be injured in a tackle with a training ground dummy – a dubious honour if ever there was one.

Blair was forced to nip off to hospital yesterday when he suffered a nasty cut on his knee having toppled into the wire mesh mannequin during a tussle with a teammate.

York manager Gary Mills told the York Press, presumably in the gaps between his raucous laughter:

“Matty Blair got tackled by a mannequin and ended up with a gash in his knee. He stumbled into it after tangling with Michael Potts and had to have a good few stitches in his knee.

“I think he’s the first footballer ever to be injured by a mannequin and he’s had a fair bit of ribbing but he will be fine for tomorrow.”

Which prompts us to ask: Who’s the real dummy in all of this?

Apparently it’s in the genes.