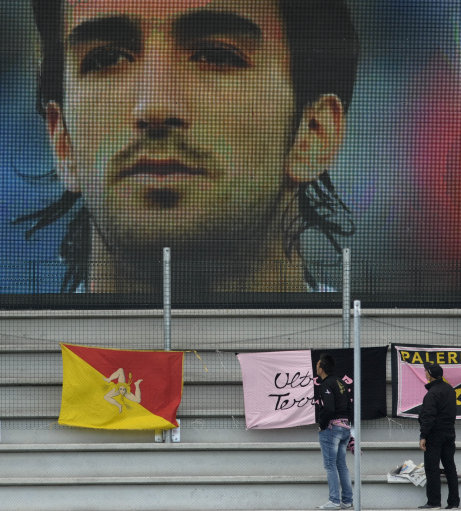 Serie B club Hellas Verona have been fined to the tune of €50,000 after a smattering of their fans began chanting about the late Piermario Morosini during Verona’s 2-0 win over Livorno on Saturday afternoon.

Morosini collapsed and died on the pitch at the age of 25 after suffering a fatal heart attack while playing for Livorno against Pescara in Serie B last season, a tragic incident that sent the whole of Italian football into mourning.

“Half an hour in, something truly disgraceful happened. A chant had gone up among a small section of the 700 Hellas ultras hosted in the away end. Four words that don’t bear repeating were said six times.

“Enough to provoke shock and anger among the Livorno fans. A number of their own ultras would respond in kind with a distasteful song of their own. But for now, members of the home crowd couldn’t believe their ears.

“A chant had been sung insulting the memory of Piermario Morosini, the Livorno midfielder and Luci’s former teammate, who had died six months earlier of arrhythmogenic cardiomyopathy.”

Disgusted Livorno captain Andrea Luci told local paper Il Tirenno that “Hellas Verona deserve to be banned for life,” though it would seem that only a minute section of their support was and is to blame.

It is being reported that just four Hellas fans – Ultras from the ‘Curva Sud’, a supporters’ group with a reputation for aggressive, racist and generally disgraceful behaviour – were responsible for the chant and that they’ve already been identified by the club after being captured on video by the security firm in charge of stewarding the game.

You can read that stirring James Horncastle piece in full here.