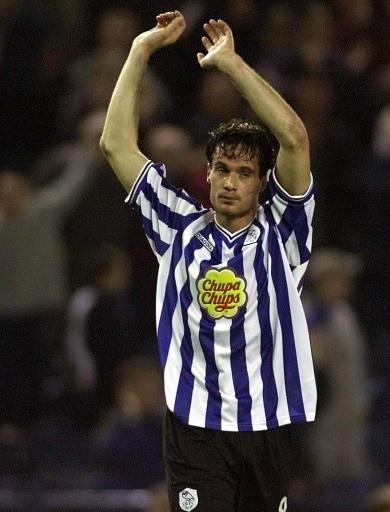 From Hell’s heart I stab at thee Gerald!

Inspired by East Lower’s gloriously distracted ‘highlights’ of Arsenal’s dismal showing against Schalke last week, we at Pies kind of got to thinking about all the times we’d been stupefied into mulling over the inherent beauty of the moon/cranes, etc, by a football match and what, if it could be pinpointed, is the worst professional football match we’ve ever endured live.

Here are our picks…

Chris – Nott’m Forest 0-1 Sheffield Wednesday, Wed 21st February, 2001: This was a match that ran the emotional gamut; from dismayed tedium right the way through to catatonic apathy.

David Platt’s rudderless side had been the square root of awful at home all season, losing seven times in 15 outings at the City Ground and regularly being turned over by inferior sides. This was no exception, Wednesday were in wallowing in the relegation zone at the time and had just sacked their manager, Paul Jewell.

Wednesday (who counted bona fide Forest legend Des Walker among their number if memory serves) played with a flat-back nine and Forest something similar. The middle third of the pitch was a vast swathe of immaculately turfed no-man’s land.

The match took place at a pace that most glaciers would probably consider ‘a bit lethargic’. You must believe me when I say nothing happened. Nothing.

Me and my fellow season ticket-holding mate spent the entire game with our heads in our hands in suppressed silence. At one point, I could’ve sworn I heard the sound of gentle sobbing muffled through Thinsulate gloves to my immediate right, but I didn’t want to look round. He was entitled to his moment of private grief. Football was dying before our eyes and there wasn’t a thing we could do about it.

Through the monotonous fug, Forest’s Chris Bart-Williams expertly played Wednesday striker Gerald Sibon clean through on goal to score the only goal of the game with 15 minutes of dross left.

Safe to say, when Gerald Sibon is responsible for the game’s only moment of note, you know you’re f**ked.

Alan – Arsenal 1-3 Manchester United, Tues 5th May 2009: Having watched many an Arsenal game game, both in the flesh and on TV, since the 1970s, Arsenal’s Champions League semi-final capitulation somehow still hurts the most.

Why? Well, the Gunners were within touching distance of the Big Cup final, despite a 1-0 deficit courtesy of John O’Shea’s first-leg goal at Old Trafford. Still, there was hope despite the weaknesses of the Arsenal squad – hope that we could pull it off.

However, within 11 minutes, our hope had suffered a right kicking in the downstairs vegetables. From Kieran Gibb’s Bambi-like slip which let in Ji-Sung Park to Cristiano Ronaldo’s free-kick which Manuel Almunia flapped at, the hope deflated and Gooners were left to endure another 79 minutes of pointless action at the Emirates.

Oh, Ronaldo did bag another one after the break, while for Arsenal’s forlorn following, an RVP spot-kick and the sending off of Darren Fletcher (meaning he’d miss the final), were mere crumbs of consolation. Painful.

So we open up the floor to the Pies faithful. What, pray tell, is the worst football match (either live or on television if you’d prefer) that you’ve ever had the misfortune of having to sit through?