AC Milan have been fined €4,000 (which has been reduced after the club agreed to help the FIGC identify the fans responsible) after fans unfurled a couple of awful banners during their Serie A game against Juventus on Sunday, mocking former Juve centre-half Gianluca Pessotto’s attempted suicide in 2006 with a large ‘[Felix] Baumgartner 1-0 Pessotto’ flag… 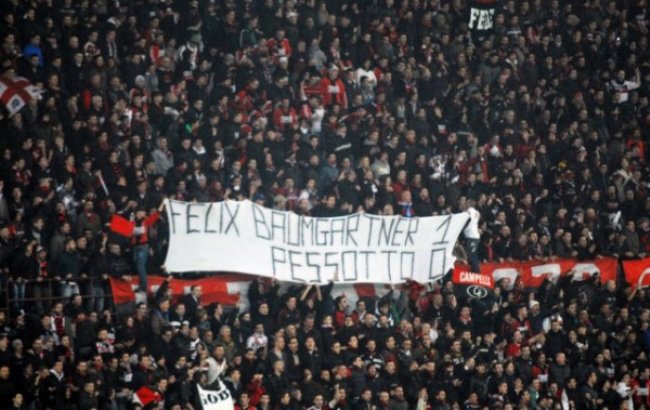 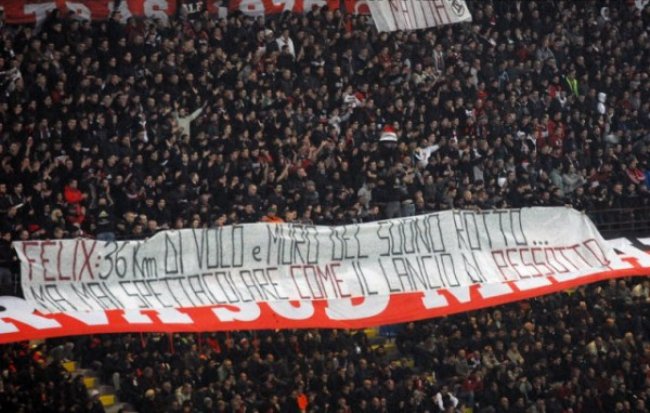 The second banner reads: “Felix: 36km of flight and the wall of sound broken, but not as spectacular as the flight of Pessotto”.

For those unaware, Pessotto jumped from a fourth-floor window at Juve’s offices in an attempt to take his own life after being embroiled in the Calciopoli match-fixing scandal that erupted in Italy in that year.

Sadly banners like this don’t seem to uncommon among fans of teams visiting Juventus of late, with Inter fans also penalised for similar slogans just a few weeks ago.