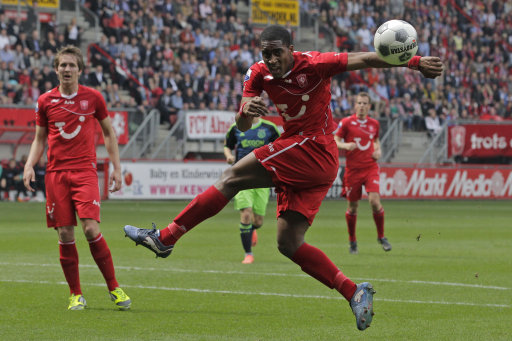 Twente’s Leroy Fer: Not the sharpest banana in the fruit bowl

In a bid to woo his girlfried with a grand, spur-of-the-moment display of his financial fortitude, FC Twente midfielder Leroy Fer blew £22,000 at auction on a stallion (called Django) for her to keep as a pet.

We’ve all been there; trying to seduce the ladies with livestock – there was, however, one small problem: Leroy’s girlfriend lives in the upper reaches of an apartment block and therefore had absolutely nowhere to keep said horse. Nice try Leroy, nice try.

After his girlfriend pointed out the small logistical oversight, Fer was then left trying to immediately offload Django to the next highest bidder which, by all accounts, he was able to do – though at a significant loss.

Basically, the poor chump’s ended up paying about £3,000 for absolutely nothing.