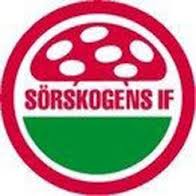 Swedish seventh-division side Sörskogens IF have fired their entire first-team matchday squad for their behaviour during a recent game against Stockholm Snipers – a team openly profiled as being ‘HBT’ (homosexual, bisexual and trans-sexual).

According to Aftonbladet, the Snipers’ players were subjected to constant homophobic abuse throughout the game, with Sörskogens players quoted by a local newspaper as saying “you suck d**k for 50 pounds,” “everyone has HIV” and “now we are probably infected.”

Stockholm Snipers’ coach Christoffer Smitz also told local news that his players had felt threatened by the abuse during the match and that they did not want to leave the locker rooms alone afterwards.

The Stockholm Football Association have already administered Sörskogens with a 5,000-kroner fine for the incident which took place in late November, though the club themselves have taken the disciplinary that one stage further by releasing the entire ‘A’ squad.

Sörskogens club president Ketil Torp said: “We had no choice but to close down the whole team. [This kind of abuse] fits neither in football or outside the game. We are a club with 90% youth players and it must be clear that this is not in our values.”