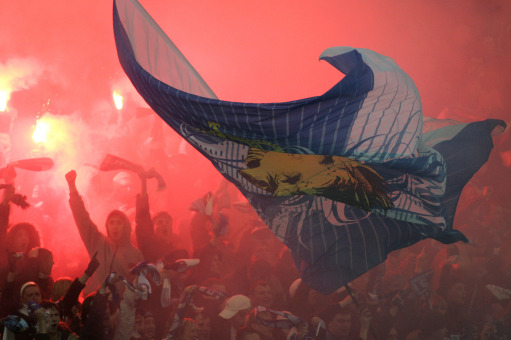 Several of Zenit St Petersburg’s largest supporters’ groups have clubbed together to produce a manifesto, which they’re calling ‘Selection-12′,  which proclaims that the Russian club should rid themselves of all black and latin players.

It’s okay though, as the supporters’ groups are eager to tell us that they’re not being racist in wanting to flush foreign players from the Zenit squad – they’re merely lending a helping hand in a bid to stop the club losing ties with the city of St Petersburg.

“For us, the absence of black players in Zenit is an important tradition and nothing more. Due to its preservation the club has their own recognizable face in the football world – along with a few other clubs, who still hold on to their identity.

As the most northern club among the big European cities, we have never been mentally connected with Africa as well as South America, Australia and Oceania.

“No other parts of the world should be in priority, and there is no racism or nationalism here. The club is just losing its regional identity and we cease to associate ourselves with them.

“We go from the fact that Zenit is a symbol of our city. Therefore it should reflect its essence, represent its face.

“It’s principal for us that Zenit would keep its identity, not turning into an average European club with a standard set of foreigners.”

Elsewhere in Selection-12 it reportedly also states that “dark-skinned players are all but forced down Zenit’s throat now, which only brings out a negative reaction,” and that the Zenit fans in question are also standing “against the representatives of sexual minorities playing for Zenit” – though, of course, they’re not being racist, or homophobic for that matter.

These probably being the same ilk of Zenit fan that sent Yann M’Vila death threats when he was linked with the club over the summer and planted a fake bomb with a note reading “Hulk Out” shortly after the Brazilian striker joined from Porto.

Apparently Selection-12 will be made public in the next few days. Can’t wait.