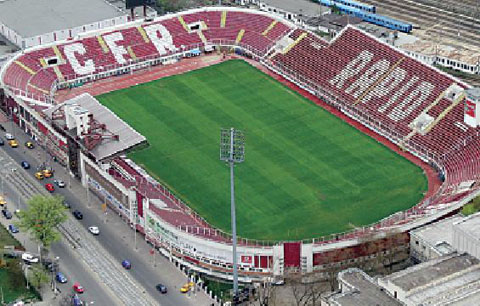 Times are hard at Rapid Bucharest at the moment, with the penniless Romanian club forced to file for insolvency after running up substantial debts – though you’ll be glad to know that they have a plan, unless you happen to be one of the 11 foreign players on their books that is.

Rapid are currently in the process of drawing up the requisite paperwork to sack all of their non-Romanian players in a bid to hack down their wage bill (the country’s football federation don’t allow insolvent teams to play in their top flight), the eventual goal being to rebuild the side with cheaper homegrown talent.

Manager Danut Perja told a local news outlet: “We renounce all foreigners. All of them will receive the documents under which their contract are terminated unilaterally by email.”