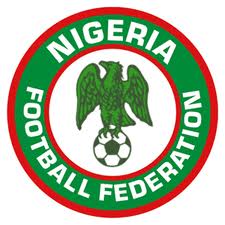 Just a little follow up to a story we featured on Pies a couple of weeks ago, in that every single player and official involved in the “mind-boggling show of shame” that saw two Nigerian lower league sides win 79-0 and 67-0 on the same weekend have been banned for life by the Nigerian Football Federation (NFF).

In a desperate bid to bump up their respective goal differences, Plateau United Feeders scored 72 second-half goals in their 79-0 win over Akurba FC, while Police Machine FC stuck 61 goals past Babayaro FC in the second half of their 67-0 victory.

“The NFF have accepted the recommendations and they would be communicated to the clubs, the state FA’s, CAF and FIFA,” announced NFF vice-president Mike Umeh. “We will publish all the names of players and officials with their photographs and details.”

All four teams have been banned from the game for the next 10 years, while an NFF disciplinary committee has also recommended that the match officials involved in the two matches should all be given life bans too.

Never mess with the NFF. They’ll hit you like a ton of neutron bombs.