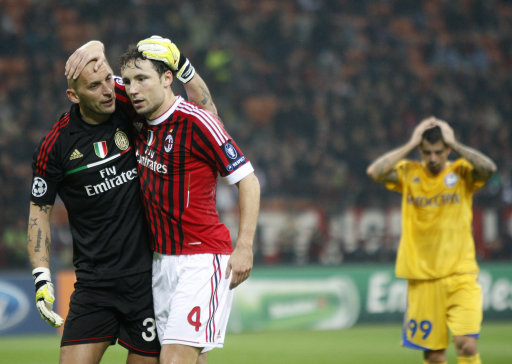 Former Chelsea wastrel Mateja Kezman has found a quick, simple way to show the entire world just how much of a backwards hillbilly he really is by openly calling homosexuality a “disease”

When pressed about Dutch trio Louis van Gaal, Ronald de Boer and Pierre van Hooijdonk all turning up at last weekend’s Gay Pride meeting in Amsterdam to represent the Dutch football association (KNVB), Kezman – who currently serves as sporting director at FK Vojvodina in his homeland – told the press:

“Surely it’s not up to me to tell [Van Gaal, De Boer and Van Hooijdonk] they made ​​a mistake, but if you ask me about [homosexuality], I have a problem with it.

“This is a disease that should not be promoted, I wouldn’t like the Serbian FA to support [a parade] in Serbia. The Dutch are moving away from Christ and walk towards spiritual collapse”.

Who’d have thought religious obsession would have had a part to play in such medieval opinions, eh? A classic case of having to just ignore the ignorant.