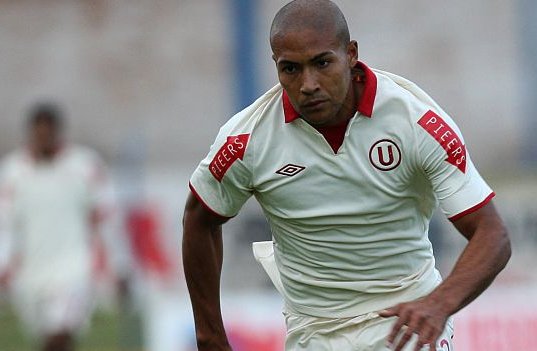 Right, this one’s a little strange and it may take a couple of goes to get your head around, especially if you’re as groggy as we are this morning  thanks to a night on the frozen strawberry daiquiris.

Sit down and concentrate uber hard as we bring you the continuing plight of Jahirsino Baylon!

On Wednesday evening the Peruvian Primera Division match between Universitario and Melgar was abandoned eight minutes from time with the score at 2-2 when the officials were assaulted by Melgar players and staff after disallowing a late goal for the visitors.

The fracas resulted in Melgar coach Franco Navarro being given a 10-match ban (later reduced to eight on appeal) with the Peruvian FA also declaring that, rather than the game be replayed, the final eight minutes of the original fixture still needed to be played with all the original players on the pitch to preserve continuity.

While definitely a faff for all involved, this was particularly bad news for former Universitario striker Jahirsino Baylon, who had since moved 900km across the country to join Union Comercio (there’s that name again!) in the interim.

However, the Peruvian FA held firm and decreed that Baylon had to return to play the remaining eight minutes of the fixture, though his new club Union Comercio issued strict instructions that their new signing be substituted immediately after the re-start of play so as to avoid him being injured!

As you can probably guess, the eight-minute game ended without any further goals being scored, so a 2-2 draw was registered and Baylon was free to make his merry way home again having been on the pitch for roughly four seconds.

We think Peruvian football might just be our favourite football!