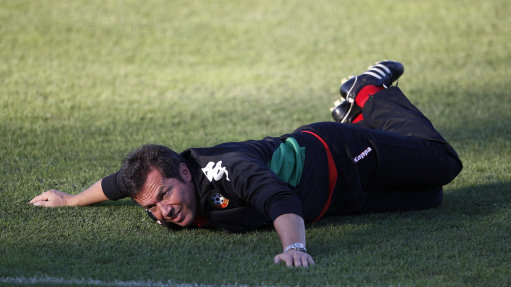 Panic spread throughout the German footballing community yesterday when an official letter from a family court addressed to Lothar Matthaus was returned with a “deceased” stamp on it.

According to Bild (who somehow intercepted the correspondence), the letter was reportedly sent from the Ministry for Family Affairs in Munich on behalf of Matthaus’ ex-wife, along with a demand for €35,000 in child support payments.

The letter was never received by Matthaus, who no longer lives at the address written on the envelope. Several weeks after it was sent, the letter was returned undelivered with “Tot” (“Dead”) stamped next to Matthaus’ name.

Having been informed of his recent death by Bild, Matthaus was then forced to assure the German paper that he’s still very much alive:

“The nerve of it! Everyone can see I am alive. Be it on TV or on the football pitch or elsewhere. I am traceable!”