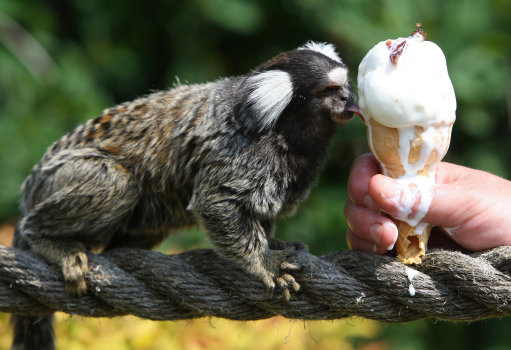 In today’s “tenuously football-related headlines that come along once in a lifetime” news, an Irish football coach has been handed 80 hours of community service after being found to have been complicit in a ploy to purchase a stolen monkey.

Paul Murtagh, 29 and a trainee football coach from Dublin, was stopped by police in October and found to be in possession of a stolen marmoset (apparently valued at approx. £1,250) which had been burgled from a house in County Kildaire earlier the same day.

According to the Irish Independent, Dublin District Court later heard that Murtagh had not stolen the monkey himself but had confessed to being “reckless” about where it came from when he gave a group of other people a lift in his car.

Murtagh also pleaded guilty to unlawfully owning a stun gun which was also found in the car, for which he was given an extra 100 hours community service – though, let’s face it, if you’re pootling around with a monkey and a stun gun in your car boot then you’re pretty much asking for it.