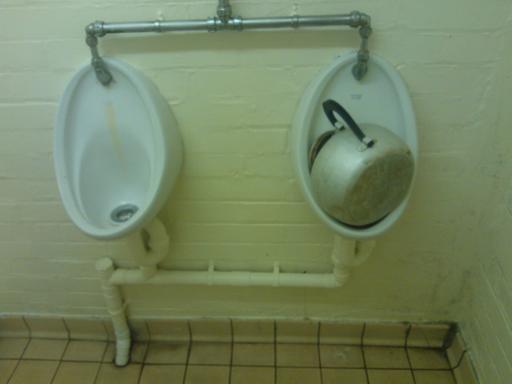 A vicious war of words is whipping up between Boreham Wood FC and Carlisle United after this week’s FA Cup first round replay between the two clubs ended on a particularly sour note.

After the first fixture finished goalless a fortnight or so ago, the two teams went at it again at Carlisle’s Brunton Park on Tuesday evening to settle the matter, with the home side squeaking a narrow 2-1 win courtesy of a 94th-minute winner to put little Boreham Wood – a full 74 league places below the Cumbrians in the league pyramid – out of this year’s cup.

Of course, this proved a bitter pill to swallow for the Boreham Wood boys, who duly retreated to their dressing room to take out their frustrations…which they did, according to Carlisle, a little too forcefully.

Indeed, Boreham Wood have since threatened to take legal action against Carlisle for slandering their good name after the League One side openly accused their non-league opponents of leaving urine all over the shower room floor, kicking and denting their dressing room door and – the worst crime of all – leaving a large kettle wedged in their urinal…

Boreham Wood called the pissy accusations “laughable” in a magnificent statement posted on their official website after Carlisle went public, with chairman Danny Hunter also telling the News and Star that he’s not going to stand for this kind of thing and that he’s “going legal” unless he gets an apology.

“Unless we get a full retraction, I’m going legal over this,” Hunter told the paper. “I’ve contacted my solicitors. They [Carlisle] will either retract it in full or it’s a law suit. What has been said is just not true.”

Boreham Wood have also claimed that the yellow-ish liquid visibly pooling on the floor in some of the photos is in fact just orange squash, which was smashed across the changing room by player Mark Jones upon entering the changing room.

Don’t you just love the magic of the FA Cup?