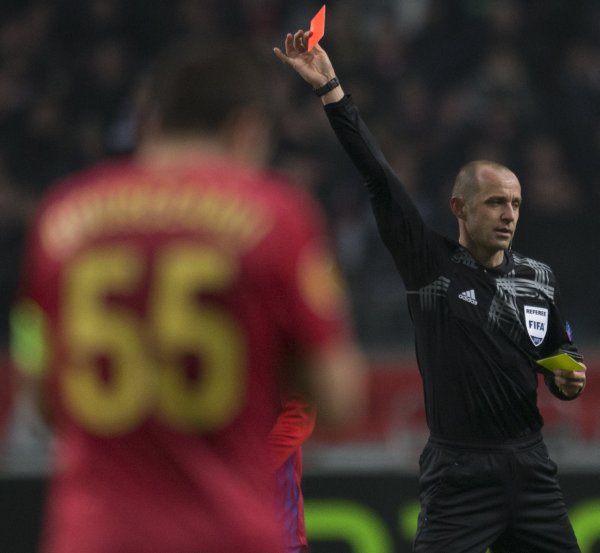 Whether it be digging graves for the club’s owners in the middle of the pitch or watching their coaches come and go every fart’s end, it seems like there’s never a dull moment if you’re a CSKA Sofia fan – there’s always something to rant and rave about!

Indeed, in this week’s Bulgarian escapade, a particularly irate CSKA fan has gone on hunger strike until the Bulgarian Football Union (BFU) ban one of their top referees for life – despite the fact that the ref in question, Stanislav Todorov, is already serving a suspension for some suspiciously woeful officiating during a top flight game earlier in the month.

One for Wes Brown to consider!

Todorov, one of Bulgaria’s leading referees, has been struck off for an unspecified period for his performance in Cherno More Varna’s 2-1 victory of CSKA in early November. Among several iffy decisions, Todorov awarded a contentious penalty to Cherno and then chalked a perfectly good CSKA goal off despite there being no protestations, foul play or offside call.

He also sent CSKA coach Stoycho Mladenov to the stands after he had the temerity to protest the ref’s decision not to punish a Cherno player who openly lashed out and struck CSKA striker Mamady Sidibe in the face.

“My conscience is clean,” Todorov said defiantly after the match. “I awarded what I saw.”

He was suspended by the BFU shortly thereafter.

Not that that was good enough for CSKA fan Boris Borisov, who is now demanding that “arrogant” Todorov is struck off for life and is refusing to eat another morsel until the BFU tear up his license.

“I want to attract the attention of the society. There’s no place for this referee in the Bulgarian football,” Borisov told local media.

“I’ve never seen such an arrogant person as Todorov. This guy shouldn’t be allowed to officiate again.”

As we said: Never a dull day…