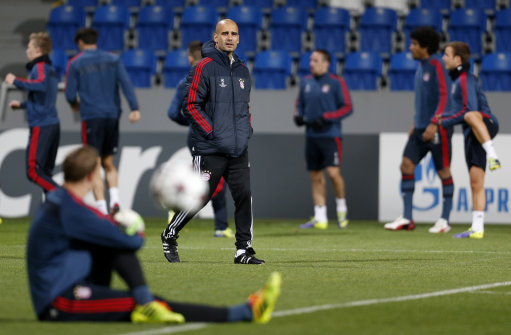 Rumours of a mole within the Bayern Munich camp have persisted for a good while but it has come to light today that the rumours are indeed true, and that a member of Bayern’s squad has been feeding line-ups and tactics to the Bild newspaper.

It’s being reported that Pep Guardiola went ballistic in the dressing room before Saturday’s Der Klassiker fixture against Dortmund, with the Bayern coach quoted as yelling at his players: “Whoever it is, heads will roll. I’m going to throw that person out and he will never play under me!”

These quotes, of course, coming via Bild.

However, the story has been fleshed out by n0ne other than Bayern’s chairman Karl-Heinz Rummenigge, who has admitted that Pep is training behind closed doors in a desperate bid for privacy while also vowing to do his level best to root out and silence the club’s mole once and for all, telling Sky Sports:

“Of course something like this is not to Pep Guardiola’s liking. The coach is training behind closed doors at times for a reason and it’s obvious that it’s not something which pleases anybody. Somebody clearly thinks they’re gaining an advantage through revealing information.

“We’re not going to consult with the NSA (National Security Agency) to find out via the United States who it is, but I would advise whoever it is to stop or else they’re going to get in really big trouble, not only with Pep but with the whole club.”

Anyone else think the mole’s name might rhyme with “Schtummenigge”? 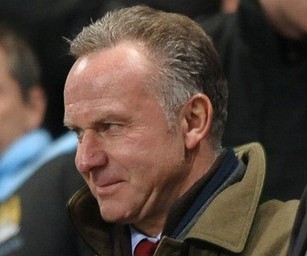 Time to go all “Diagnosis: Murder”, Pies fans! With the evidence presented (i.e, absolutely nothing other than this photo of KHR looking decidedly shifty), who do you think is Bayern’s tittle-tattlin’ media mole?