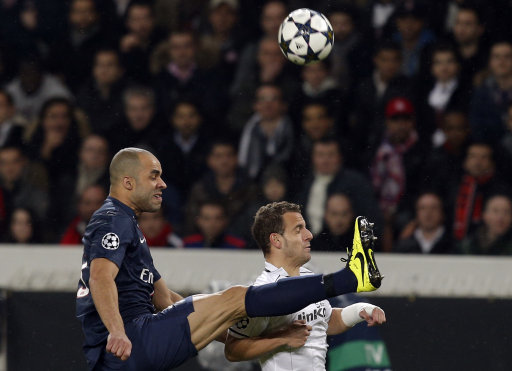 French broadcasters Canal+ have recently filmed a new documentary called ‘Jesus Football Club’ (which is due to air tonight) in which various Ligue 1 players were invited to talk about religion’s place in sport and also discuss their relationship with their special imaginary friends, God and Jesus and the like.

PSG centre-half Alex was interviewed as part of the programme and, of course, the topic of homosexuality came up as it always tends to do – with the Brazilian defender making some very dubious comments on the matter, including a clever spin on that old classic bible-thumpin’ retort, ‘It’s Adam and Eve, not Adam and Steve,” complete with some clever Gallic wordplay…

“I am against divorce and abortion. I’m not really for homosexuality. It takes away a little bit of God’s plan.”