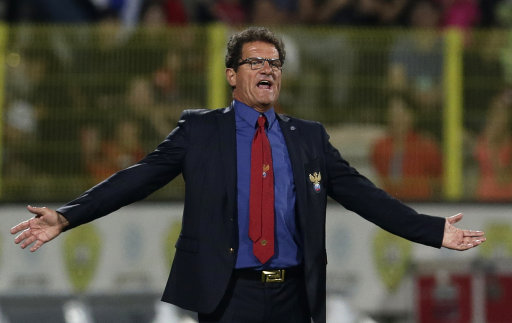 Russia coach Fabio Capello has been forced into a bit of an embarrassing climb-down after calling the wrong player up into his national side as a result of mistaken identity.

Aiming to hand Terek Grozny defender Andrey Semenov his first international call-up for Russia’s upcoming friendly against Armenia, Capello accidentally gave the nod to a 21-year-old Lokomotiv Moscow ‘B’ team centre-half of the same name – who we shall henceforth be refering to as ‘Semenov II’ to avoid confusion.

The Russian Football Union even went as far as congratulating Semenov II on his call-up with an article on their website, which had to be hastily taken down and mulched once the error came to light. They then also issued a formal apology for getting Semenov 2’s hopes up.

“I was surprised, to say the least,” said the Lokomotiv youngster. “Well, I have one year’s experience playing for Russia’s youth team!”

Lokomotiv also published an article on their official site to announce Semenov II’s inclusion in the Russia squad which, likewise, was stripped as soon as the club realised it wasn’t actually their man who’d been selected.