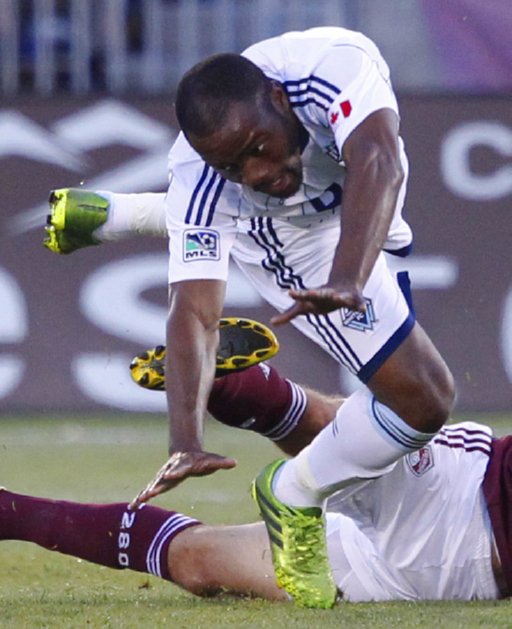 Vancouver Whitecaps are going to have to do without Nigel Reo-Coker for the next few days after the former Aston Villa midfielder lost out in a tussle with an inanimate bike rack while pootling around the Canadian city on Sunday.

Wonderfully described as an “off-field walking accident” by the official MLS site, Reo-Coker reportedly tripped over the bike rack and suffered a “nasty gash” to his face – therefore making him an injury doubt ahead of the Whitecaps’ game against Houston Dynamo this coming Saturday.

According to a statement issued by the club, Reo-Coker was “looking elsewhere while walking when he tripped over a bike rack, cutting his face and hitting his head in the process.”

“That’s unsure at the moment. He’s had a scrape on his face and the medics will assess whether he has a concussion.

“The initial thing was rest today, and that he does the best things for him.”

It has also been confirmed that Reo-Coker sat out of Tuesday’s training session as a result of his injuries.

One more to add to “The File”.