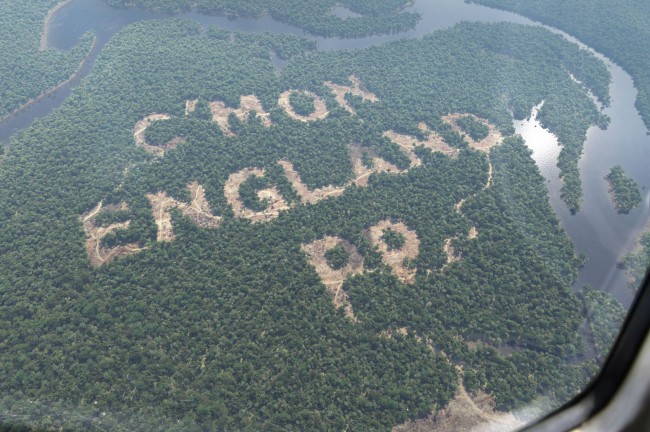 As you may well have seen, Paddy Power’s latest PR stunt saw the banter-laden bookies apparently hack up large swathes of Brazilian rainforest in order to wish England well at the World Cup.

Of course, no-one in their right mind would assume that a bookmakers would callously destroy acres of Amazonian rainforest in the name of a cheap stunt – but, sadly, if it’s one thing the internet isn’t short of, it’s people who are not in their right mind.

Paddy Power were hit with a slew of abuse on their various social media from angrily incredulous onlookers, incensed that the company could commission such a wanton act of destruction for the sake of a cheap plug…

However, PP have since confessed that their advert was nothing more than a photo-shopped illusion, posting a suitably banteriffic blog to confirm that they haven’t really “given the rainforest a Brazilian“.