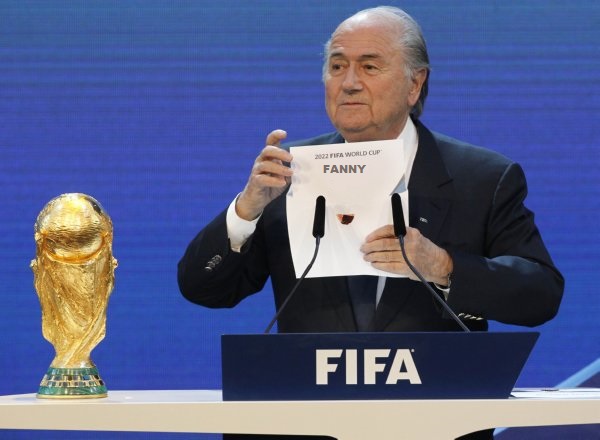 It started with Sony yesterday, but now five of FIFA’s six main sponsors – including Adidas, Coca-Cola, Visa and Hyundai – have openly expressed their concerns regarding the continued corruption allegations centred around the bidding process for the 2022 World Cup in Qatar.

Only Emirates airline have so far declined to publicly comment on the matter. No major surprises there.

Adidas, one of FIFA’s longest-standing commercial partners, released a statement to say: “The negative tenor of the public debate around FIFA at the moment is neither good for football nor for FIFA and its partners.”

Visa: “We expect FIFA will take the appropriate actions to respond to the report and its recommendations.”

Coca-Cola: “Anything that detracts from the mission and ideals of the Fifa World Cup is a concern to us.”

Hyundai: “We are confident that FIFA is taking these allegations seriously and that the investigatory chamber of the FIFA ethics committee will conduct a thorough investigation.”

According to BBC Sport, several of FIFA’s official World Cup sponsors such as BP and Budweiser have now also publicly registered their discontent at the current state of play.

It is estimated that over the course of a four-year World Cup cycle, FIFA’s six principle sponsors contribute a collective £900million to the coffers – so losing their confidence and, more importantly, their financial support, is a pretty big deal for Sepp and the boys.