With the stadium only half-finished to boot, the state of the playing surface at the Manaus’s new Amazonia Arena – the venue for England’s first World Cup group game against Italy on Saturday evening – is looking pretty dire, especially considering it cost £173million… 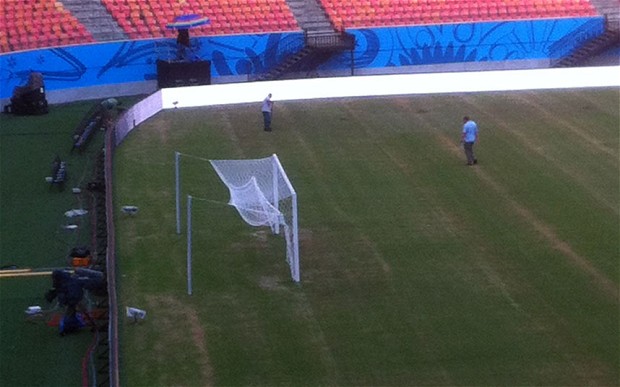 That said, when it comes to England at tournaments, it’s always nice to have a pre-prepared excuse.

According to the Telegraph’s status report, the Amazonia Arena also has “naked power cables dangling from the walls of the changing rooms”, is still in need of a final coat of asphalt on the ground outside and has several security doors waiting to be fitted.