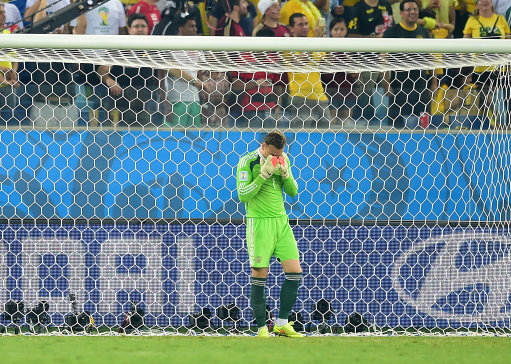 Russia and South Korea duked out a fairly tepid 1-1 draw in the last of the first phase of World Cup group games in Cuiaba last night, with Aleksandr Kerzhakov popping up in the 78th minute to salvage a point for Fabio Capello’s side (and becoming Russia’s all-time top goalscorer on 26 goals in the process) after seeing his goalkeeper, Igor Akinfeev, drop an absolute clanger about ten minutes previous.

With South Korean forward Lee Keu Ho sending a fairly innocuous shot at his goal from 25 yards, Akinfeev somehow let the ball squirm awkwardly through his grasp and over the line…