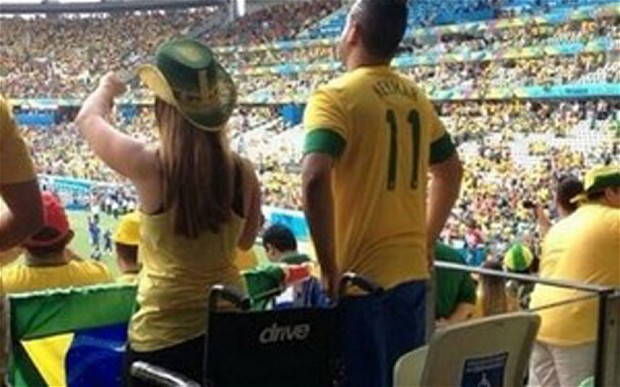 Brazilian police are launching an investigation into ticket fraud at the World Cup after witnessing fans with wheelchairs and specific disabled access tickets jumping up and down at several matches.

According to the Telegraph, police are scouring CCTV footage and social media for images of supposedly wheelchair-bound Brazil fans standing throughout the opening game between the hosts and Croatia in Sao Paulo.

It’s just a hunch, but police believe some fans who bought dodgy tickets on the black market were attempting to cover their backs by using wheelchairs to get into the stadium after many discounted disabled concession tickets fell into the hands of touts and scalpers before the game.

Likewise, there have also been reports of young fans being spotted in seats specifically set aside for pensioners and elderly fans.

If the Brazilian police are reading, we’d officially like to report this guy… 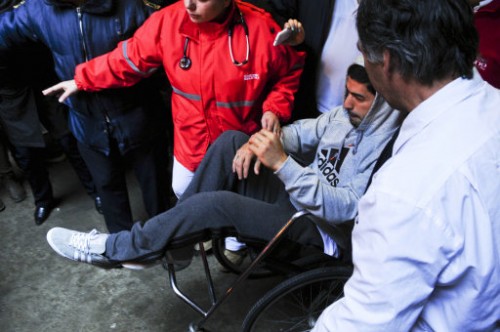