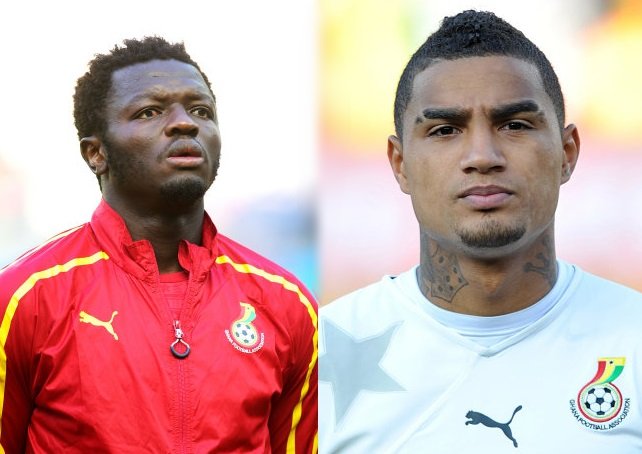 Ghana have confirmed that Sulley Muntari and Kevin-Prince Boateng have been sent home from the World Cup just hours before the Black Stars’ decisive final group game against Portugal.

A statement on the Ghana FA website said both players had “been suspended indefinitely”, adding that Boateng had been punished for “vulgar verbal insults targeted at coach Kwesi Appiah”, while Muntari had been exiled for an “unprovoked physical attack on an executive committee member” – believed to be Moses Parker Armah, who Muntari allegedly slapped during an argument.

This comes a day after the Ghana FA had a plane containing $3million flown out to Brazil in order to pay the squad their appearance fees in advance following a collective threat to boycott the Portugal match over unpaid money.

It’s been the one thing that’s been missing from this World Cup: a good implosion.