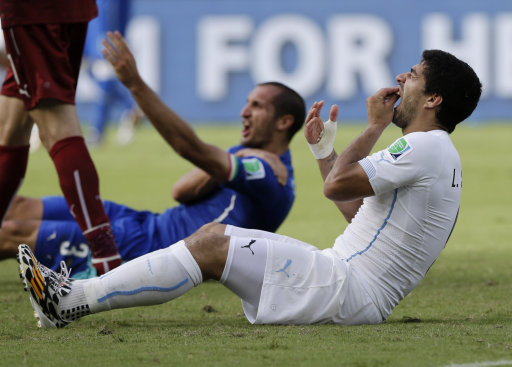 It’s official. FIFA have slapped Luis Suarez with a big ol’ nine-game ban for biting a fellow human being.

That includes beaches and parks, we trust?

No more than he sodding well deserves – as if he gives a shit anyway.