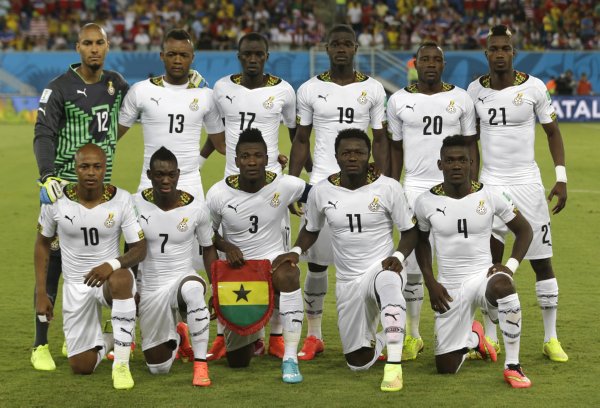 Let’s face it, Ghana have had a miserable old World Cup, crashing out at the first hurdle amid a swirling imploding vortex of bickering, in-fighting, boycott threats, players being sent home and general disarray.

While it didn’t make for particularly good football, a director out there in La La Land has decided that the Black Star’s brief, chaotic tournament would make a perfect screenplay and has duly set about writing a film centred around the 24 hours directly before their final game against Portugal – a game which very nearly didn’t happen!

Just to refresh your memory, the Ghanaian FA had to fly a plane containing nigh-on $3million out to Brazil in order to pay the Ghana squad their $100,000 appearance fees in advance following a collective threat to boycott the match over unpaid money.

According to Hollywood dirtsheet The Wrap, Ghana’s bonus farrago is being turned into a movie entitled “The Wall Pass”, with director Darryl Wharton-Rigby having already written a dramatised treatment.

“Wharton-Rigby’s script will follow a courier who’s tasked with bringing $3 million to an African soccer team, which refuses to play until its paid — in cash.

“Things go awry when the courier is ambushed on the way to make the drop, leaving him less than 12 hours to recover the stolen money.”

Titter derisively if you will, but it still sounds infinitely better than that sodding awful FIFA film.