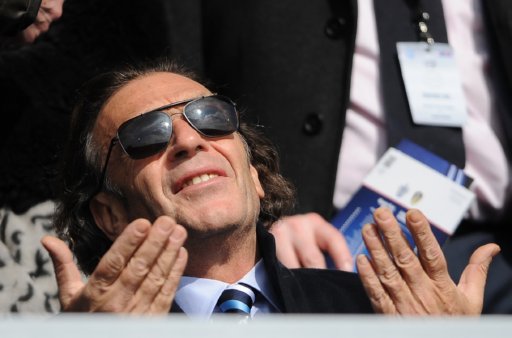 As if to hammer home his credentials as an erratic foreign football club owner once and for all, Leeds chairman Massimo Cellino has dropped last season’s first-choice goalkeeper Paddy Kenny for having an “unlucky” date of birth.

Like any sane and rational human being, Cellino is incredibly superstitious about the number 17 – even going as far as to remove the no.17 seat at previous club Cagliari and replacing it with 16B.

According to the Guardian, Cellino already had issues with Kenny returning to pre-season several kilograms overweight…

The final nail in the coffin came when Cellino discovered that Kenny was born on May 17th.

Indeed, he immediately instructed Leeds’ new head coach, David Hockaday, that Kenny was to be left behind while the rest of the squad flew out for their pre-season tour of Italy – adding that Kenny is to never play for the club again on his watch.

“The issue goes back to Cellino’s time in Italian football,” the Guardian report. “He says there was only one occasion in 20 years that Cagliari won or drew a game on the 17th of a month.”

“In a recent interview, he remembered that victory and put it down to him asking the club’s supporters to wear the dreaded purple to the game.

““The whole stadium was purple on the 17th. We won because I think that bad luck is like algebra: minus and minus is positive. Purple and 17 … they became positive and we won. That’s the only time.””