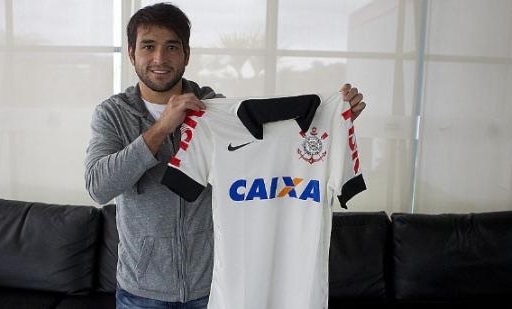 The word “saga” is overused when it comes to describing football transfers, but there aren’t many other ways to adequately describe Nicolas Lodeiro’s ridiculously protracted summer move from Botafogo to Corinthians.

A deal was agreed between the two clubs at the end of May, with Corinthians publicly announcing that Lodeiro had signed a four-year contract with them on May 29th.

However, an issue with the paperwork delayed the transfer from going through for over two months, with Corinthians only able to officially present Lodeiro to their fans last Friday.

With the complex contract wrangling now done and dusted, Lodeiro was cleared to make his Corinthians debut against Coritiba the following day – that was until another haphazard calamity befell the Uruguayan midfielder at home on Friday night.

According to Reuters, while taking a shower, a large ceramic soap dish fell on Lodeiro’s foot, causing a deep laceration that required a trip to hospital and several stitches to close up – thus ruling the 25-year-old out of the Coritiba fixture.

One to add to the ever-swelling List of Dumb Football Injuries, we think.