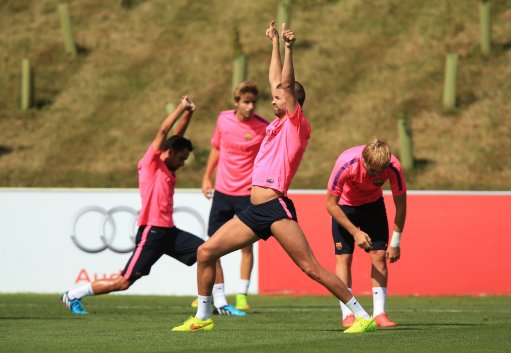 All hail the Bantersaurus Rex and his thighs of iron!

Gerard Pique is almost certainly not the most popular chap in the Barcelona camp at the moment after the centre-back decided that the best place for a classic schoolboy prank was on the team’s plane headed for a pre-season friendly game against HJK in Helsinki.

According to Spanish newspaper Sport, Pique upset the cabin staff and the rest of his teammates on Barca’s plane after unleashing a stink bomb at the rear of the plane.

The stench was so appalling that Pique was reportedly made to apologise to the crew and all of his fellow passengers.

In fact, it’s top banter that would probably have seen any average citizen frog-marched into the nearest airport holding cell.