Coming off the back of a dismal showing for Brazil at the World Cup, Fluminense striker Fred is under all sorts of pressure at club level too having failed to make any kind of impression in the Brazilian league since returning from the tournament.

Indeed, Flu fans are growing tired of Fred’s moribund form, with the 30-year-old forward coming in for some severe criticism from his own supporters for scoring just once in his last seven club games – a meaningless consolation goal in a 5-2 Brazilian cup defeat a couple of weeks ago.

On Sunday, Flu took on Rio rivals Botafogo in the league, with Fred botching a late penalty in a 2-0 defeat at the Maracana. 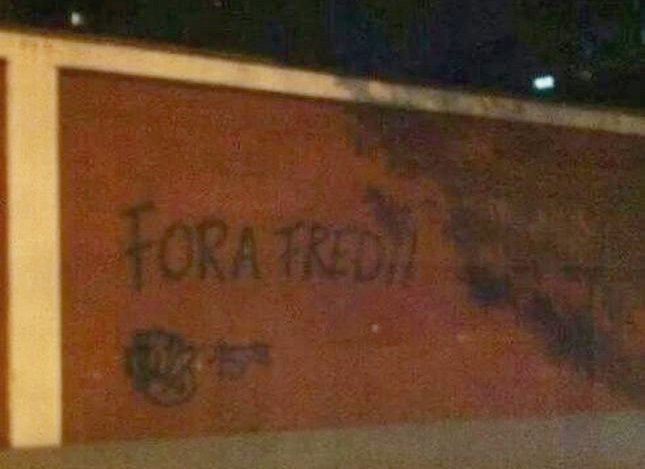 Poor Fred. It’s not his fault he’s a bit rubbish, now is it?