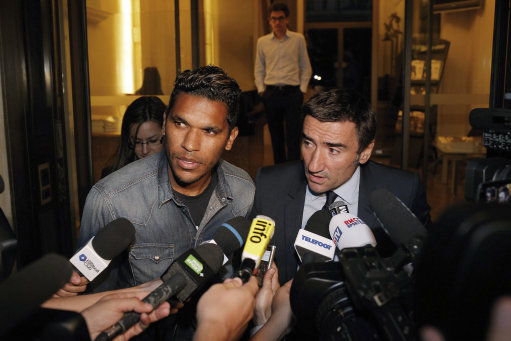 Bastia striker Brandao has been banned for six months by the Ligue de Football Professionnel (LFP) for head-butting PSG midfielder Thiago Motta during a confrontation in the tunnel after the fixture between the two sides on 16th August.

Tunnel-cam footage of the incident circulated almost immediately which clearly showed Brandao was guilty of two things: 1) head-butting Motta and then, 2) running away like a massive wimp.

Speaking after the game, PSG president Nasser Al-Khelaifi called that Brandao be banned for life, with the LFP provisionally suspending the 34-year-old Brazilian striker until 18th September pending a full hearing.

That hearing took place in Paris on Thursday, with the LFP formally issuing Brandao with a six-month suspension, meaning he will be unavailable for selection until 22nd February 2015.

To put that in some kind of context, the ban means Brandao will miss Bastia’s next 21 league games having made just two appearances for the club since joining on a one-year deal in the summer.