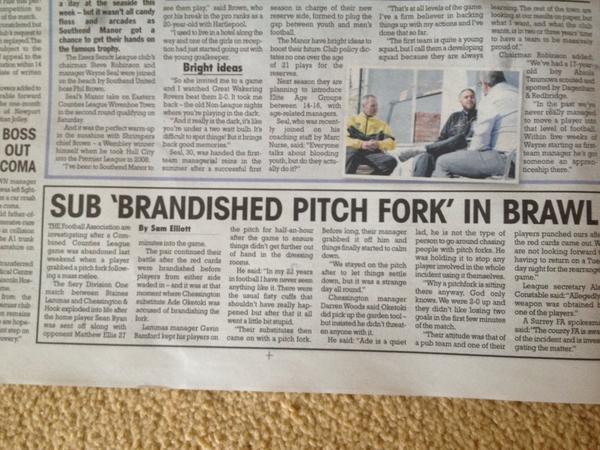 We’re skipping back a week or so here so you’ll have to forgive us, but last weekend’s Combined Counties League Division One tie between Staines Lammas FC and Chessington & Hook FC had to be abandoned after a brawl broke out during the latter stages of the game.

The fighting reportedly began when both teams had a man sent off following a physical altercation which sparked a melee in which several more players scuffled on the touchline.

As the violence escalated, one of Chessington’s substitutes, striker Ade Oketoki, apparently came steaming into battle while brandishing a pitchfork he’d found lying at the side of the pitch – at which point the poor beleaguered referee simply abandoned the tie altogether.

You may be unsurprised to learn that the FA have launched an investigation into the incident.