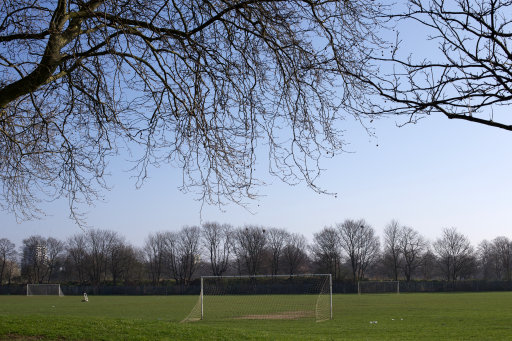 Say what you want about the guy, but it turns out Northumberland County FA vice president John Cummings is one smooth talking son-of-a-gun.

The county official has been suspended for four months today for busting out a stone cold misogynist classic after being approached by a female referee who was inquiring about the possibility of officiating in the North East Sunday League.

24-year-old Lucy May, who also works as a referee development officer for the local FA, approached Cummings only to be told that “her place is in the kitchen and not on a football field” and that she “wouldn’t be able to handle it”.

He also added: “It’s nothing against you personally but all the time I’m alive, a woman will never referee in my league.”

An independent FA regulatory commission (led by former Blackburn Rovers player Stuart Ripley, who works as a sports solicitor these days) concluded Cummings was guilty of a breach of FA rules relating to “abusive and/or insulting language”, aggravated because of a specific reference to gender.

Cummings, who initially denied a conversation with May had ever taken place, told FA investigators:

“It’s a standing joke with me. I mean, a woman’s place is in the home and everything so what difference does it make saying it in front of all her colleagues?

“She should obviously realise it’s a joke.”

The FA panel decided, on the balance of probabilities, that Cummings had made the comments to May and that they were not “in jest”.

As well as the four-month ban and a £250 fine, Cummings must now also attend an education programme before he returns to his position.