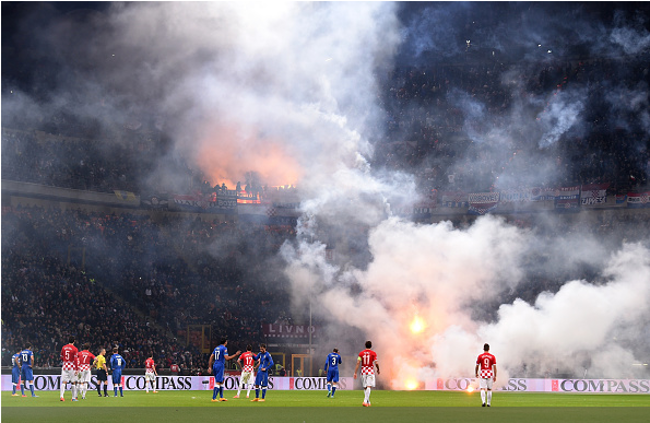 It’s such a shame to see this sort of nonsense still happening at football grounds. This time it was the away fans during Italy’s Euro 2016 clash with Croatia at the San Siro who were to blame.

With the game finely balanced at 1-1, courtesy of early goals from  Italy’s Antonio Candreva and Croatia’s Ivan Perisic, the trobule erupted. Indeed, the game had to be halted in both halves, with riot police sent to deal with the problem, before the game ultimately resumed (ending in a 1-1 draw).

Here’s a Vine of the silliness…

Expect a hefty fine and ‘behind-closed-doors’ sanctions for the Croats.