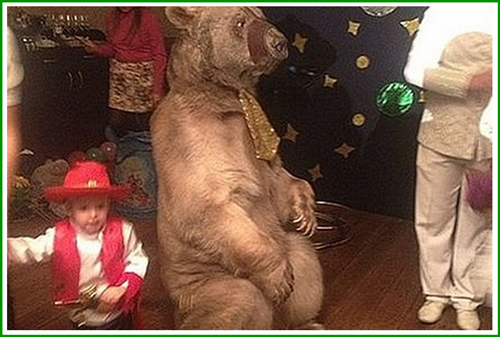 FC Torpedo Moscow player Kirill Kombarov has been on the receiving end of a (well-deserved) tidal wave of criticism today after posting photos of his son’s birthday party.

The problem being that Kombarov, rather than the usual magician or clown, opted to hire a bear for his young son Timofei’s party – posting photos of the two-year-old kid playing on the enormous animal on social media before swiftly deleting them all.

Muzzled and dressed in a gold tie, the bear was reportedly hired from the Stepan Nikulin Circus after Timofei saw it performing on television.

This is Russia we’re talking about here, after all. 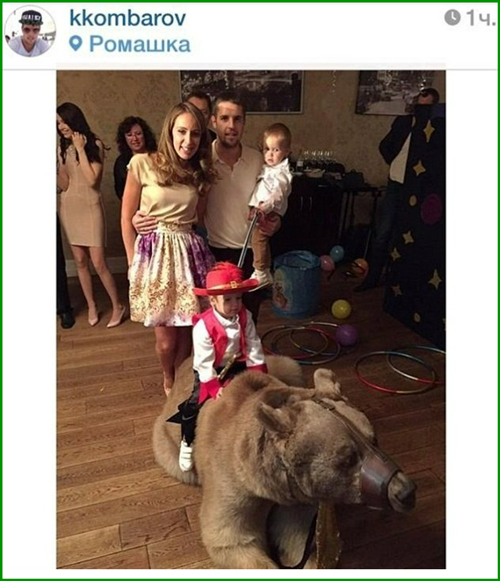 Of course, as soon as the photos began to circulate, the image of a toddler riding on the back of a muzzled brown bear outraged all and sundry, with many condemning Kombarov for not only exacerbating animal cruelty but also for bringing a massive dangerous bear into a house full of children.

Personally speaking, Pies can see where they’re coming from on this one.

Kirill, this one’s for you…