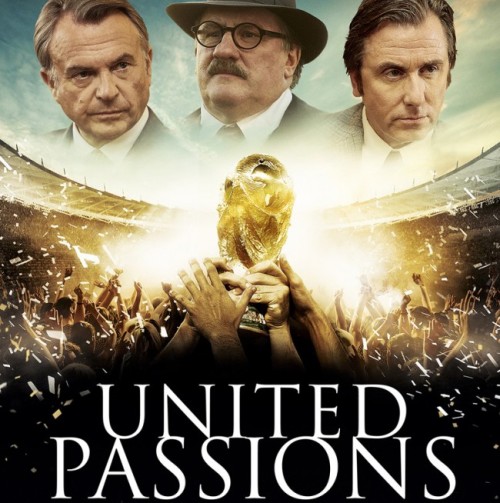 It’s already smashed records all around the world for it’s pitifully low opening-weekend box office takings,and currently holds a cumulative review score of 0% on Rotten Tomatoes, but it seems the bad news just won’t stop coming for the people responsible for foisting FIFA’s abysmal ‘United Passions’ movie on the world.

The film’s director, Frederic Auburtin, has finally resurfaced from the hole he was hiding in and publicly admitted that he’s made “a disaster”, adding that he regrets ever getting involved in the first place.

Speaking to the Hollywood Reporter, Auburtin said he originally started out with the intention of making a film that was a combination of “Disney propaganda and a Costa Gavras/Michael Moore movie”, but soon buckled under the demands of FIFA themselves – who contributed almost three-quarters of the project’s $25-35million budget.

“Now I’m seen as bad as the guy who brought AIDS to Africa or the guy who caused the financial crisis,” he said.

“My name is all over this mess and apparently I am a propaganda guy making films for corrupt people.”

Auburtin also revealed the two original names for the movie that FIFA attempted to push through. Unsurprisingly, they are both just about as laughably conceited and pompous as you’d expect.

And there you were thinking ‘United Passions’ was bad.

“’Men of Legend’? Can you imagine such a title?” Auburtin pleaded with whoever would listen. “It’s nonsense. Then ‘The Dreammakers’. Come on.”

You could not make this crap up! Long may it continue!