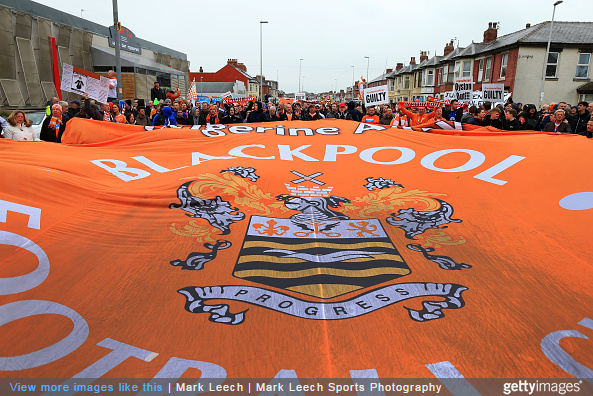 Blackpool FC have taken another huge stride into complete ludicracy after using one of their official Twitter accounts to call their fans, and we quote, “a***hole w**kers”.

We’ll leave you to fill in the blanks.

It all began when a Tangerines fan contacted @CommercialBFC and offered to donate £20 to charity if the notoriously threadbare Bloomfield Road pitch was in a playable condition by the first home game of the season against Rochdale.

The account then replied, implying that the pitch was in good condition and that the £20 was on its way to the Gary Parkinson foundation.

The fan then responded to say that he’d only be sending the money as it’s for a good cause. All fairly innocuous so far, no?

However, the person responsible for running the @CommercialBFC account then reacted furiously with an expletive-laden tirade in which all Blackpool fans were branded “typical back-tracking a***hole w**kers”… 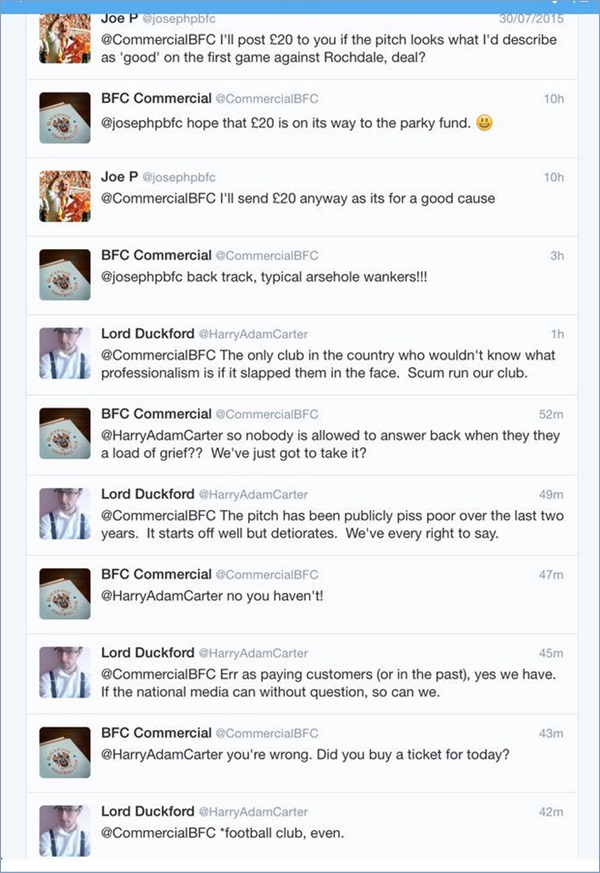 Incredible, in the truest sense of the word.

The @CommercialBFC account, which was set up to keep fans abreast of Blackpool’s commercial activities, has since been deleted.

The club has been made aware of comments emanating from a Twitter account overnight that has previously advertised commercial opportunities.

This account has not been utilised for promotional purposes by the club for some time and is not accessible to any current employees.

The club does not condone the views expressed and has since had the account removed.

Astounding, though totally in-keeping with the current fan-club repartee at Blackpool these days.

What a sorry state of affairs. The Premier League really was the worst thing that ever happened to the club.