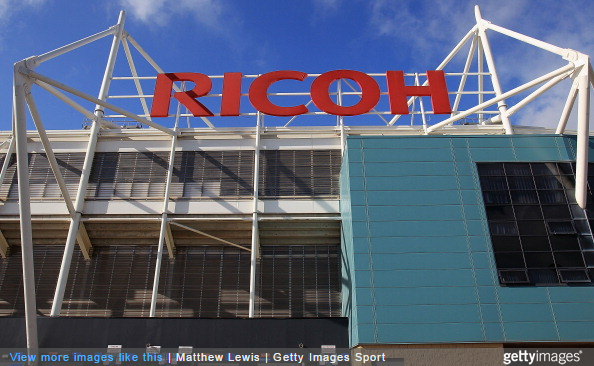 After being put through the ringer over the past few years, Coventry City fans are no strangers to a bit of slapstick absurdity.

Indeed, the latest high profile bungle at the Ricoh Arena has seen City fans banned from using the stadium’s new, purpose-built, multi-million-pound railway station because, and we quote, the “trains are too small”.

Coventry City Council shelled out £5million to build the new, dedicated station outside the Ricoh to allow fans of both Coventry City and Rugby Union side Wasps (who currently share the out-of-town stadium) easy access on match days.

However, the city council have now been ordered by their own Safety Advisory Council (SAC) to close the station for 60 minutes after every match as the trains are too small to legally cope with the amount of passengers that will be leaving the ground at that time and therefore represent a safety hazard.

As per the SAC’s mandate, hourly single-carriage trains are only permitted to carry 75 people at a time. The stadium holds 32,000.

The Ricoh station is due to open next month after years of delays to the project, but as such it will not be available to the very people it was built to cater for.

It’s truly astonishing. This station is yards from the stadium. It was literally built to be used by supporters.

But now they are saying those supporters cannot use it. It beggars belief that it has happened.

If everybody in the stadium wanted to catch the train home, it would take nearly 18 days for it to empty.

The issue is that the service is one single diesel carriage that has 75 seats.

We have been clear about that from the start of the project.

As soon as the station opens next month, everybody going to Coventry City or Wasps games simply won’t be able to get the train.

Our advice is to continue to use the existing bus services to get to and from games.

An absolute farce from start to finish, though such is life as a Coventry City fan these days it would seem.