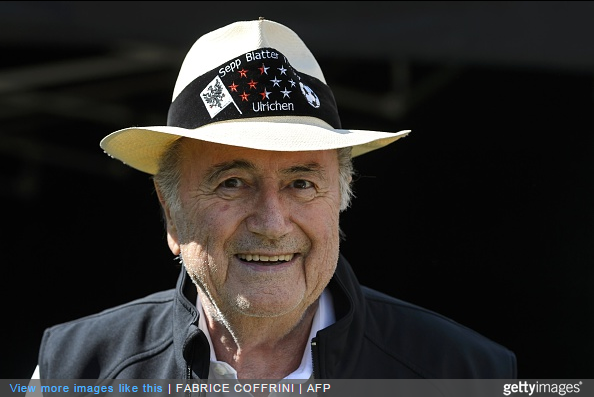 Breaking news from yonder Zurich way this afternoon is that the Swiss attorney general has reportedly opened criminal proceedings against Sepp Blatter.

According to a statement issued by the attorney general’s office, the FIFA president is currently being investigated “on suspicion of criminal mismanagement as well as – alternatively – on suspicion of misappropriation”.

Earlier on Friday afternoon, FIFA cancelled a press conference at its headquarters in Zurich at exceedingly short notice. Now we know why.

As per the aforementioned statement, the attorney general said the investigation is centred around a TV rights deal Mr Blatter agreed with Jack Warner in 2005 – though Blatter is also suspected of making “a disloyal payment” to UEFA Michel Platini in 2011.

Former FIFA bod Warner was arrested on suspicion of racketeering in June – a charge he chose to publicly dispute by citing a spoof article that appeared on The Onion.

Say what you like about FIFA, but they’re never anything less than entertaining.