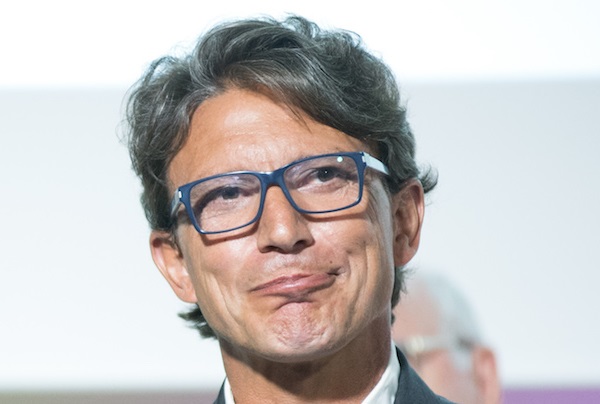 Eranio was in the studio to analyse Roma’s 4-4 draw against Bayer Leverkusen in the Champions League on Tuesday evening.

Running the rule over the lapse defending on show, the ex-Genoa winger picked out Rüdiger specifically before trotting out the following old chestnut:

They are powerful physically, but when it is time to think … they often make this type of error.

After being swiftly relieved of his post by RSI, Eranio then attempted to apologise and explain his comments in an interview with Italian website Tuttomercatoweb, only to make things even worse by reiterating his “black players ain’t so good at thinkin'” tosh all over again.

It’s disappointing that people have created all this controversy. I didn’t offend anyone and I don’t want people to make out as if I’m racist. Anyone who knows me is well aware that I am not.

It was a misunderstanding, I don’t want to be made to appear racist. If they didn’t like my comment, they could’ve just told me and interrupted our collaboration. Why create all this controversy?

Just leave it there Stefano, mate.

It irritates me to be thrown to the wolves like this. The truth is I gave an incorrect opinion, in the sense that if I’d had to time to explain I would’ve said that I meant black players have never had a school of football in tactical terms similar to ours.

Rüdiger read the situation badly because black players are not accustomed to paying attention to certain details. If they were as detail-oriented as us, then they’d dominate the spot, because they have everything in terms of strength and technique.