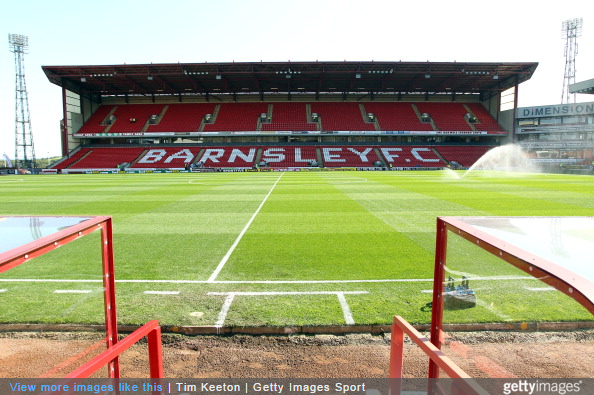 As if having to sit through a 1-0 home defeat against Fleetwood Town wasn’t bad enough, one Barnsley fan suffered prolonged agony at Oakwell on Saturday after accidentally falling asleep on the stadium toilets.

The fan reportedly nodded off on the toilet at half-time and then woke up some seven hours after the final whistle only to find he’d been locked inside the ground.

Indeed, according to the Daily Star, a fire crew from Barnsley received an emergency call around 11pm on Saturday evening after the fan set the stadium alarm off by wandering out onto the pitch.

The firefighters were then greeted by the sight of a “man in his early 20s standing on the top of a portakabin inside Oakwell” desperately signalling for help.

“We got the call through to attend Oakwell and usually its just a false alarm,” a Barnsley Fire Station spokesperson said:

“But we turned up and saw this young lad on top of the portakabin trying to get our attention.

“We had to get the ladder to get him down. He had no shoes on and had lost his mobile phone and his hat.

“He was more bothered about his hat though, he seemed a smartly dressed lad.”

It should come as little surprise to learn that, by his own admission, the chap had enjoyed a ‘few beers’ before drifting off.

“I know Barnsley lost again but it can’t be that bad,” the spokesperson added.

“It’s slightly embarrassing for the lad but it’s a lesson for him I’m sure, he’ll not be quick to forget it.”